Kate, Duchess of Cambridge, Applauded for Not Hiding Post-Pregnancy Belly 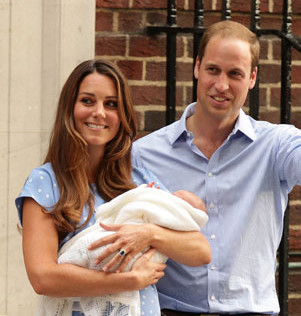 At the top of the royal baby news after Prince George Alexander Louis of Cambridge made his first public appearance, was the appearance of his mother, who made no attempts to hide her postpartum belly from the world.  Mothers and non-mothers alike are applauding Duchess Kate for publicly embracing the post-pregnancy reality that a baby bump (actually, it’s a lot bigger than a “bump”) does not go away with the birth of the baby.

Given that a pregnant woman’s uterus grows for nine months along with her baby, it should not come as a surprise that it takes some time (often 6-8 weeks) to get back to its pre-pregnancy state.  Add in the extra fat, increased blood volume and swelled cells left over from pregnancy and we really shouldn’t be surprised.  Nonetheless, many new mothers are caught off guard when they look in the mirror post-birth and see that they still look six months pregnant.  Whether it is a result of the media, lack of education on the subject, celebrities who stay in seclusion post-pregnancy or take health risks to obtain unrealistic postpartum bodies, or a combination of factors, our expectations of a postpartum body are often out of touch with reality, adding unnecessary pressure on new mothers.  Duchess Kate’s decision to wear a dress that actually accentuated her post-pregnancy curves was quite refreshing, to say the least.

Checking for recalls is quick and easy on our Product Recall Search page.

Share your favorite places to get secondhand baby gear with our Secondhand Store Directory.

Do you have an old crib that no longer meets current safety standards? Check out our blog post with repurposed crib projects for some inspiration to give your old crib new life.